Game Viewing near Colesberg at Tzamenkomst 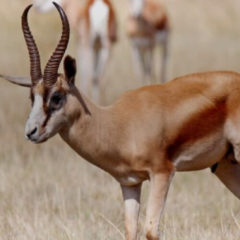 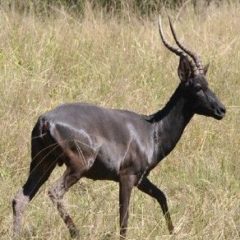 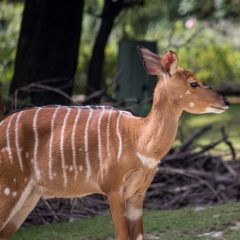 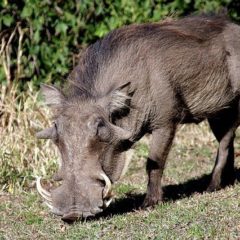 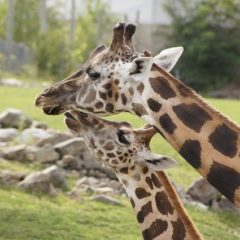 The Northern Cape is home to ecologically rich and diverse wildlife which is essential for tourism in the Colesberg area. Tzamenkomst affords you the opportunity to explore a wide variety of spectacular wildlife. Get close to wildlife in the pristine African wilderness. Encounter magnificent animals such as the Golden Wildebeest, the ever elusive Aardvark and many, many more. At Tzamenkomst, near Colesberg we promise an exceptional experience. Embark on one of the ultimate game viewing experiences you will ever have. With over 20 species on our property, you’re sure to spot a few during your stay.

Mountain Zebra – Found on slopes and plateaus of mountainous regions, the mountain zebra is the smallest of the existing zebra species. They are most active early morning as well as from late afternoon to sunset.

Golden Wildebeest – This majestic animal is an exotic mutation or variation of the black and blue wildebeest. They thrive in open plains and you will often find them grazing on the savannah.

Sable – These impressive antelopes are sociable and territorial animals. Find them at water pools during the dry season and grazing and browsing during the rainy months of September through to April.

Gemsbok – These powerfully built, handsome animals are iconic wildlife spectacles. They adapt remarkably to arid environments and can go without drinking except under the harshest conditions.

Eland – The Eland is the largest of all antelopes. They are both browsers and grazers and feed mostly on green grass during the rainy season. During the dry season, they switch to the foliage of dicots.

Impala – These medium-sized antelopes can be found roaming the savannah. When food is plentiful in the rainy season, you will find them gathering in large herds to graze. They are one of Africa’s most graceful antelopes.

Black Impala – Found only on a limited number of game farms, black impala are not a sub-species. South African game farmers developed strains of impala through selective breeding. View this rare species at Tzamenkomst.

Springbok – This graceful, strikingly marked antelope is the national animal of South Africa. Springboks have been clocked at 88 km per hour. Come view them do their special form of jumping known as “pronking” They prefer the more arid savannahs of the country.

Black Springbok – This slender antelope species is one of the colour phases of springbok. They prefer the colder inland plateau, Karoo and the Kalahari region. They are mainly active by day but in some areas you can view them at night.

Copper Springbok – Also a colour variation of springbok, the copper species is a sociable herd animal.

Waterbuck – These large, robust antelope graze mainly near permanent water sources. On occasion, they will venture into open woodlands and floodplains that allow easy viewing.

Lechwe – Lechwe are members of the waterbuck tribe. They are among the most aquatic African antelopes. They prefer areas of the flood plains that border swamps.

Steenbok – This tiny little antelope (also referred to as “steenbuck”), is highly territorial. They favour areas where they can camouflage. You will seldom find them in rocky areas. They move around and feed actively throughout most of the day.

Duiker – Duikers are medium-sized antelope that can be found in heavily wooded areas. Its name is derived from the Afrikaans word ‘duiker’ which means to dive. You will find them ducking away into bushes when danger threatens.

Kudu – A must-see animal, the kudu is one of the most spectacular animals for African wildlife lovers to view. Known for their majestic looks and twisted horns, they live in herds of approximately 25 antelopes.

Giraffe – Giraffes are the tallest of all land animals. These graceful herbivores usually flourish in areas where food is plentiful all year round. View them grazing at Tzamenkomst.

Mountain Reedbuck – Mountain reedbuck are graceful and shy antelope. Their natural habitat is mountainous terrain. Find them feeding on the rocky slopes or resting in thick bush. They usually avoid open areas so spotting them could be a challenge.

Bushpig – These strong, stocky pigs are not to be mistaken for warthog. Their hoofs are broader than those of a warthog which better adapts to the type of terrain where it normally feeds. They tend to thrive in close proximity to human settlements. They can be dangerous so don’t get too close. Find them in dense forests and under bushes.

Warthog – Easily identifiable by their protruding tusks, these sturdy hogs spend most of their time looking for food. They usually occur in family groups. Try to spot them in moist and arid savannah areas.

Nyala – Nyala are spiral-horned antelope characterised by their brown shaggy coat marked with white vertical stripes and spots on the flanks. They inhabit dense woodlands and thickets along permanent water. These secretive animals are more easily spotted at night.

Fallow Deer – Fallow deer are not indigenous to South Africa. These majestic animals are native to Asia. They have adapted to semi-desert terrain. Try to look out for groups of these elegant white-spotted deer in woodland glades.

Roan Antelope – These rare and endangered species of antelope are most active during the early hours of the day. You can’t miss their distinctive black and white facial markings. They are characteristic features of roan antelope.

Aardwolf – The Aardwolf is a solitary, nocturnal creature that resembles small striped hyena. They favour open scrublands and grasslands where termites can be found in abundance. Spot them on your evening game drive right here at Tzamenkomst.

Aardvark – Aardvark have a very shy nature. They are mainly nocturnal mammals that feed solely on ants and termites. These bizarre and enigmatic animals are also known as anteaters. You will need some serious luck sighting one of these.

Bat-Eared Fox – Known for their enormous ears, the bat-eared fox prefers areas where the grass is short. Because of their small teeth, their diet is restricted to fruit, small rodents and insects. Try to spot them in arid and semi-arid areas.Cape Fox – The Cape Fox is characterised by its large pointed ears. They prey on insects, mice and other small animals. They are mainly nocturnal so a night game drive would be the best time to view them.