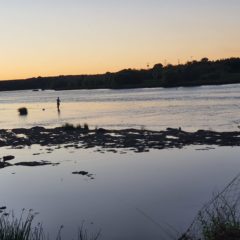 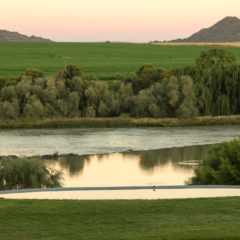 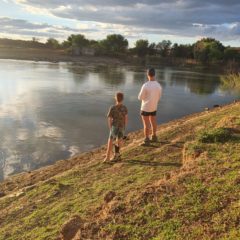 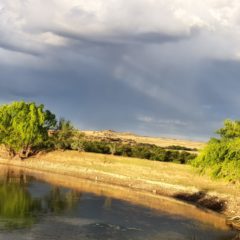 We offer world class fishing on the Orange River, which is famous for small and large mouth yellow fish. There are also dams on the farm which are stocked with bass for catch and release fishing.

Fish for Yellow Fish on the Orange River, Tzamenkomst

South Africa has 9 species of yellow fish and largies are the biggest of them all. They are top of the food chain predators in this river system as there are no crocodiles here. The river also boasts a healthy population of smallmouth yellow fish, sharp tooth catfish, carp, and three species of bream.

Interested in fly fishing at Tzamenkomst River Lodge during your stay. Here’s what the experts say.

The Orange River, South Africa’s largest river, originates in the Drakensberg in Lesotho, where it is known as the Senqu. From where the river leaves Lesotho, it flows westward for some 2200km to where it finally flows into the Atlantic Ocean at Alexander Bay.

The Gariep Dam near Colesberg, is the main storage structure within the Orange River. Eskom operates a hydro-electric power-station at Gariep Dam.